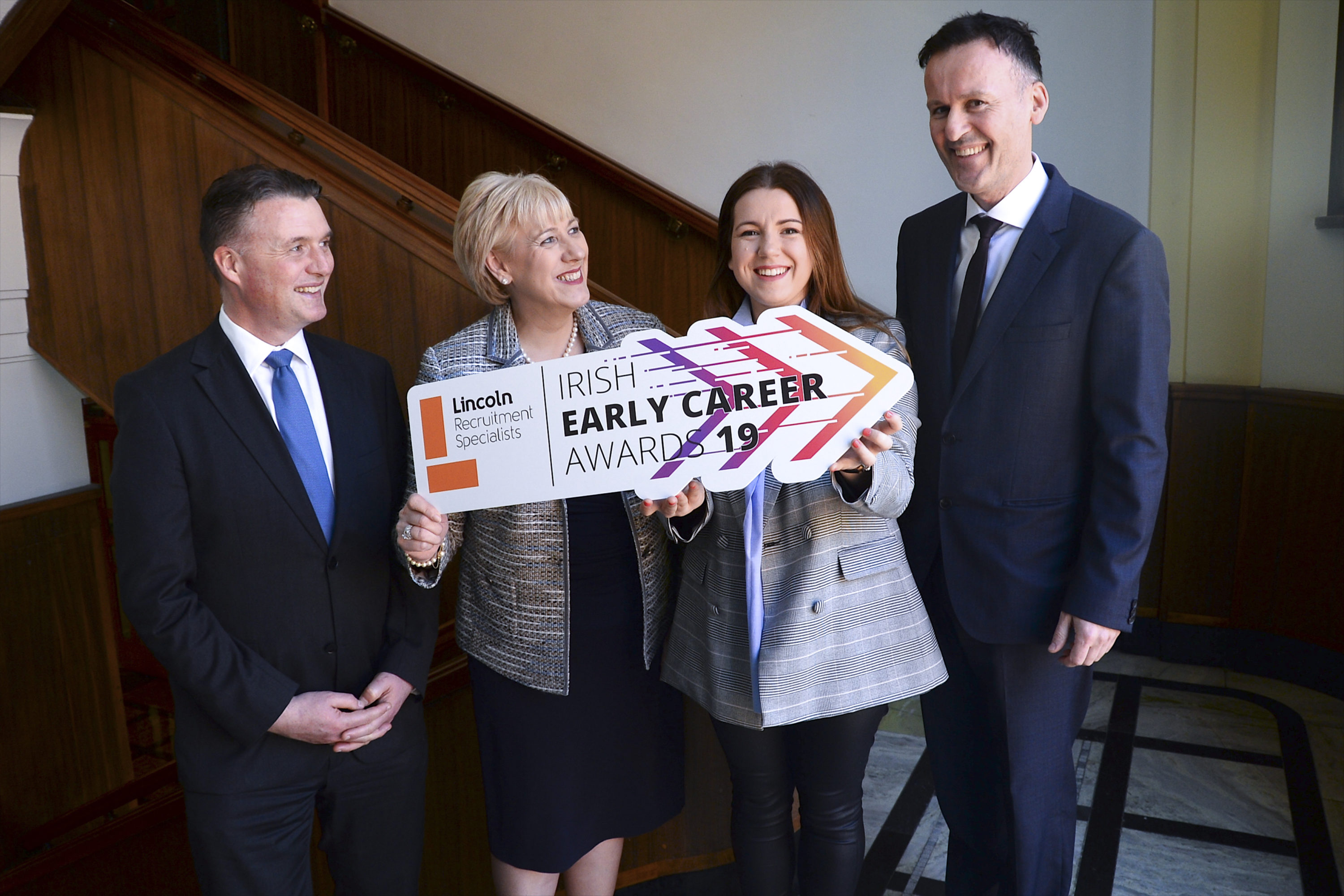 Posted at 16:29h in News by Early Career Team
Share

Today sees the launch of the Lincoln Recruitment Irish Early Career Awards 2019 in association with KBC Bank Ireland, the only business awards targeted at the young professionals of Ireland. With Ireland having the youngest population in Europe with one-third of this population under 25 years of age, entries are expected to be high. Winners will be celebrated at a black-tie event on 24th October 2019, at the Ballsbridge Hotel.

Now in its fourth year, the awards aim to identify, acknowledge and reward young professionals (aged 35 or under on the 31st December 2018), in Ireland that are making a difference in their chosen career.  With over 400 nominations last year, each year these awards prove how Ireland’s young workforce are capable, highly adaptable, educated and committed to achievement.

Ireland has one of the most educated workforce in the world (the share of 30-34 year-old in Ireland with a third level qualification is 53.5% compared to an EU average of 40%) Ireland ranks in the top 10 globally for quality of education system and university education that meets the needs of a competitive economy.

Categories run across an array of careers including HR, Accountancy, Banking, Communications and Marketing, Engineering, and entrepreneurs.

Launched by Minister Humphreys, she said, “I welcome the launch of the 2019 Irish Early Careers Awards as an opportunity to celebrate the achievements of brilliant young professionals in Ireland. Innovation is a core quality for the success of business across sectors. Therefore, I encourage employers to make nominations, to support innovative excellence and champion the bright young minds within their organisations.”

Lincoln Recruitment is the title sponsor for the second year, and as an industry leader in talent selection for Ireland’s young professionals, this is a natural and welcomed step for the company’s continued involvement.